H.R. 1156 (113th): To authorize the Secretary of the Interior to adjust the boundary of the Stephen Mather Wilderness and the North Cascades National Park in order to allow the rebuilding of a road outside of the floodplain while ensuring that there is no net loss of acreage to the Park or the Wilderness, and for other purposes. 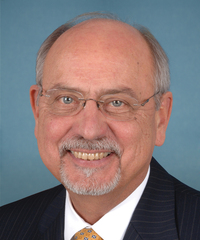 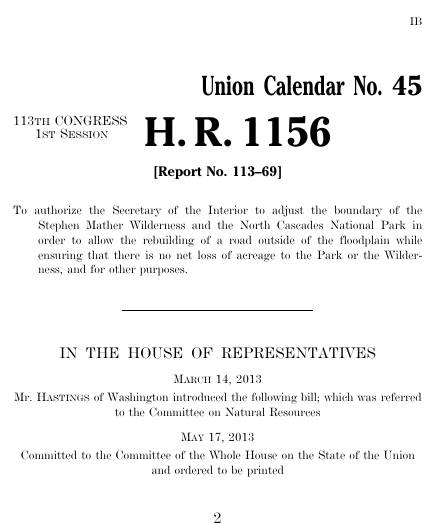 Bills numbers restart every two years. That means there are other bills with the number H.R. 1156. This is the one from the 113th Congress.

To authorize the Secretary of the Interior to adjust the boundary of the Stephen Mather Wilderness and the North Cascades National Park in order to allow the rebuilding of a road outside of the floodplain while ensuring that there is no net loss of acreage to the Park or the Wilderness, and for other purposes, H.R. 1156, 113th Cong. (2013).