To amend the Homeland Security Act of 2002 to establish weapons of mass destruction intelligence and information sharing functions of the Office of Intelligence and Analysis of the Department of Homeland Security and to require dissemination of information analyzed by the Department to entities with responsibilities relating to homeland security, and for other purposes. 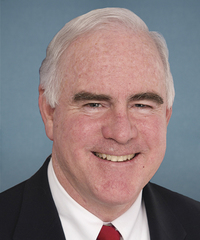 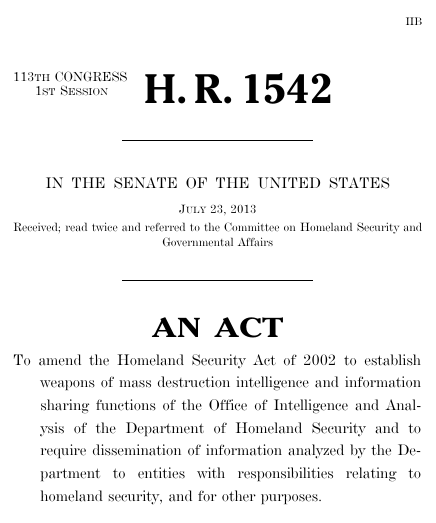 This bill was introduced in a previous session of Congress and was passed by the House on July 22, 2013 but was never passed by the Senate.

Bills numbers restart every two years. That means there are other bills with the number H.R. 1542. This is the one from the 113th Congress.