To designate the Johnson Valley National Off-Highway Vehicle Recreation Area in San Bernardino County, California, to authorize limited military use of the area, to provide for the transfer of the Southern Study Area to the administrative jurisdiction of the Secretary of the Navy for inclusion in the Marine Corps Air Ground Combat Center Twentynine Palms, and by recreational users, and for other purposes. 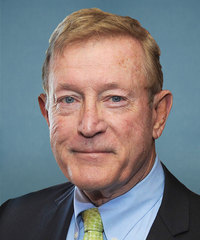 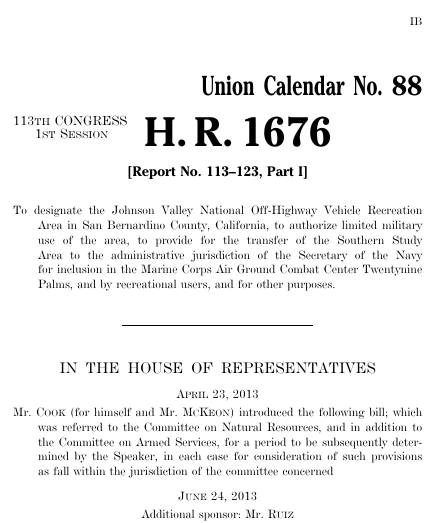 Bills numbers restart every two years. That means there are other bills with the number H.R. 1676. This is the one from the 113th Congress.