A week before his death, John Lewis introduced the Missed Opportunities in Public Health and…

Four out of five National Institutes of Health research grant applications are denied; what were they? Jul 28, 2020

To create jobs in the United States by increasing United States exports to Africa by at least 200 percent in real dollar value within 10 years, and for other purposes. 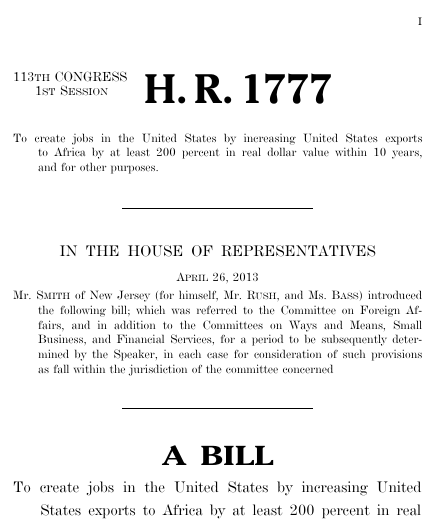 Bills numbers restart every two years. That means there are other bills with the number H.R. 1777. This is the one from the 113th Congress.