6/17/2013: In what could become an annual occurrence, Congress yet again faces a looming deadline to resolve the problem of student loan interest rates. Without Congressional action, the rate on federally backed Stafford loans is set to double from 3.4 percent to 6.8 percent on July 1.

The Senate in early June failed to advance two bills meant to prevent this imminent increase in rates. A bill backed by Democrats would extend the current interest rate for two years, and offset the cost by ending three tax breaks. A GOP bill would peg all newly issued student loans to the U.S. Treasury 10-year borrowing rate plus 3 percentage points. Given the current Treasury rate of 1.75 percent, a student taking out a loan this ... 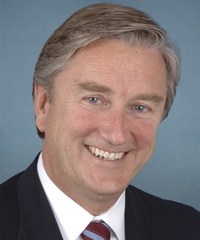 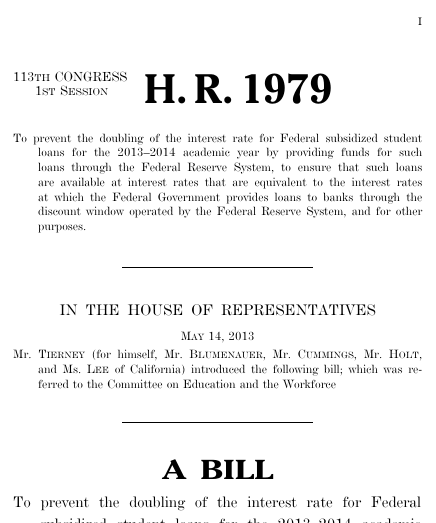 “Congresswoman Waters Votes NO on GOP Bill That Would Make College More Expensive”
— Rep. Maxine Waters [D-CA43] (Co-sponsor) on May 23, 2013

“Congresswoman Waters Votes NO on GOP Bill That Would Make College More Expensive”
— Rep. Maxine Waters [D-CA43] (Co-sponsor) on May 22, 2013

Bills numbers restart every two years. That means there are other bills with the number H.R. 1979. This is the one from the 113th Congress.