To require the Secretary of the Treasury to mint coins in commemoration of the centennial of World War I. 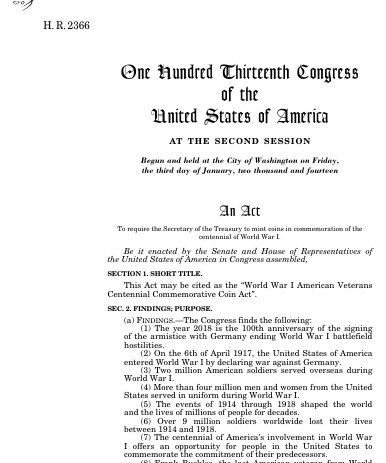