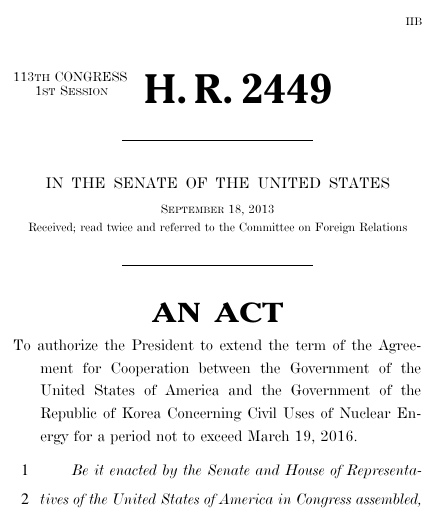 This bill was introduced in a previous session of Congress and was passed by the House on September 17, 2013 but was never passed by the Senate.

Bills numbers restart every two years. That means there are other bills with the number H.R. 2449. This is the one from the 113th Congress.

To authorize the President to extend the term of the Agreement for Cooperation between the Government of the United States of America and the Government of the Republic of Korea Concerning Civil Uses of Nuclear Energy for a period not to exceed March 19, 2016, H.R. 2449, 113th Cong. (2013).