To amend the Public Health Service Act, the Employee Retirement Income Security Act of 1974, and the Internal Revenue Code of 1986 to exclude from the definition of health insurance coverage certain medical stop-loss insurance obtained by certain plan sponsors of group health plans. 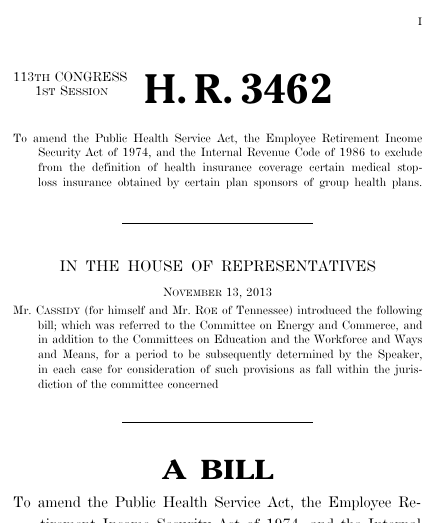 Bills numbers restart every two years. That means there are other bills with the number H.R. 3462. This is the one from the 113th Congress.