To amend title 38, United States Code, to require courses of education provided by public institutions of higher education that are approved for purposes of the educational assistance programs administered by the Secretary of Veterans Affairs to charge veterans tuition and fees at the in-State tuition rate, to make other improvements in the laws relating to benefits administered by the Secretary of Veterans Affairs, and for other purposes. 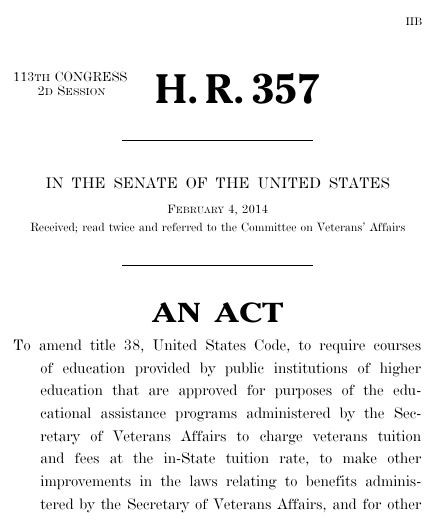 This bill was introduced in a previous session of Congress and was passed by the House on February 3, 2014 but was never passed by the Senate.