H.R. 3938 (113th): To direct the Secretary of Transportation to designate natural gas fueling corridors in the United States for long haul truck traffic, and for other purposes. 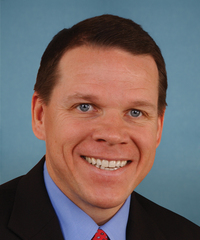 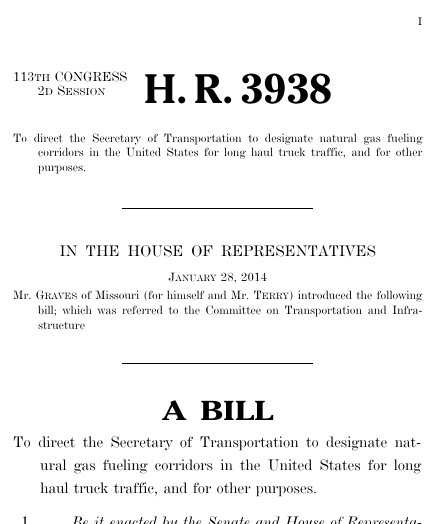 Bills numbers restart every two years. That means there are other bills with the number H.R. 3938. This is the one from the 113th Congress.

GovTrack.us. (2022). H.R. 3938 — 113th Congress: To direct the Secretary of Transportation to designate natural gas fueling corridors in the United …. Retrieved from https://www.govtrack.us/congress/bills/113/hr3938

To direct the Secretary of Transportation to designate natural gas fueling corridors in the United States for long haul truck traffic, and for other purposes, H.R. 3938, 113th Cong. (2014).