This bill became, most recently, the vehicle for the passage of the defense authorization (spending) bill for fiscal year 2015.

The bill was originally introduced by Rep. Lou Barletta as the Protecting Volunteer Firefighters and Emergency Responders Act. It was passed by the House in this form on March 11, 2014.

The Senate subsequently used the bill as the (ultimately failed) vehicle for passage of another bill. On April 7, 2014, the Senate replaced the text the bill completely with new text, making it the Emergency Unemployment Compensation Extension Act of 2014. Although the Senate passed it in that form, the bill in that form was not enacted.

On December 4, 2014, the House used the bill again as the vehicle for passage of a third bill, by … 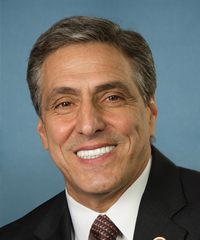 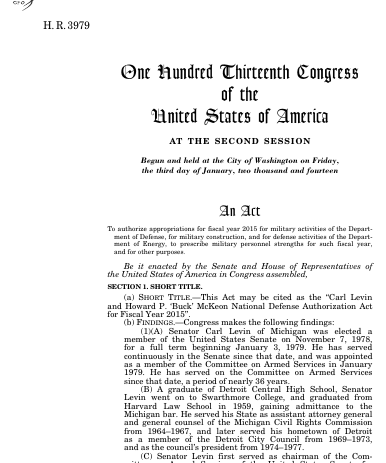 Bills numbers restart every two years. That means there are other bills with the number H.R. 3979. This is the one from the 113th Congress.