This bill would create a Fort McClellan Health Registry to investigate the base’s contamination with warfare chemicals from 1952-1999 and subsequently diagnose and treat any affected veterans who served there.

From 1952 to 1999, Fort McClellan in Alabama was home to the Chemical Corps School (later the Army Chemical Center and School), which provided chemical warfare training. The facility contaminated the base with various toxins, nerve gas, pesticides, and Agent Orange. In addition, some veterans were heavily exposed to these substances through tests conducted by the chemical school.

Congressman Paul Tonko [D-NY20] proposed the registry to investigate the link between exposure and the health problems of veterans and to provide individuals with any treatment necessary as a result of such exposure.

The Department of Veterans Affairs (VA) would create the … 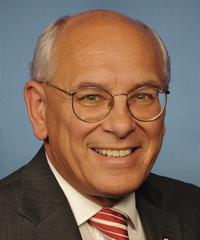 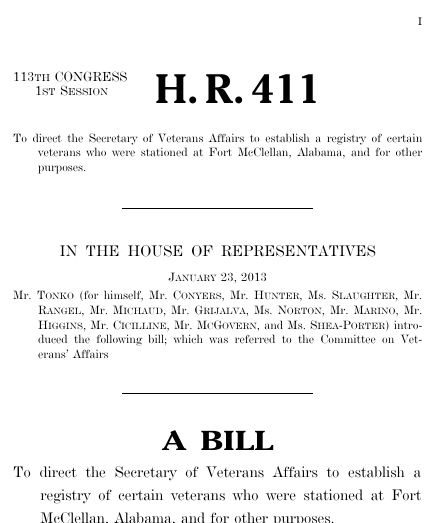 Bills numbers restart every two years. That means there are other bills with the number H.R. 411. This is the one from the 113th Congress.