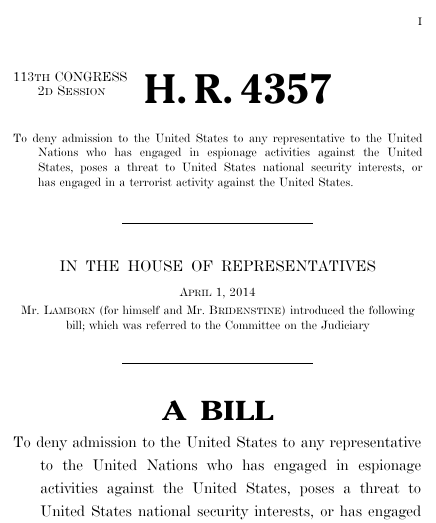 S. 2195: A bill to deny admission to the United States to any representative to the United Nations who has been found to have been engaged in espionage activities or a terrorist …
Enacted — Signed by the President on Apr 18, 2014. (compare text)
Cosponsors

Bills numbers restart every two years. That means there are other bills with the number H.R. 4357. This is the one from the 113th Congress.