H.R. 4562 (113th): To authorize early repayment of obligations to the Bureau of Reclamation within the Northport Irrigation District in the State of Nebraska. 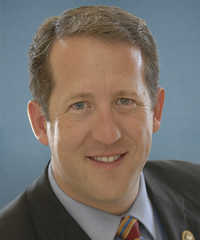 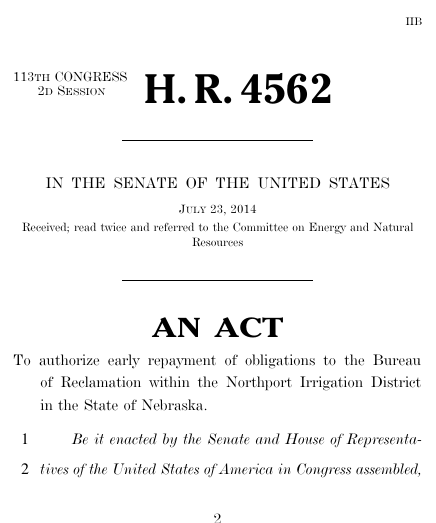 This bill was introduced in a previous session of Congress and was passed by the House on July 22, 2014 but was never passed by the Senate.

Bills numbers restart every two years. That means there are other bills with the number H.R. 4562. This is the one from the 113th Congress.

GovTrack.us. (2022). H.R. 4562 — 113th Congress: To authorize early repayment of obligations to the Bureau of Reclamation within the Northport Irrigation …. Retrieved from https://www.govtrack.us/congress/bills/113/hr4562

To authorize early repayment of obligations to the Bureau of Reclamation within the Northport Irrigation District in the State of Nebraska, H.R. 4562, 113th Cong. (2014).