H.R. 5415 (113th): Authorization for Use of Military Force against International Terrorism Act

To authorize the use of military force against international terrorism. 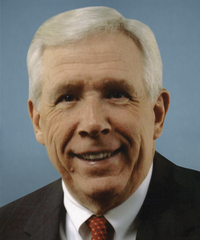 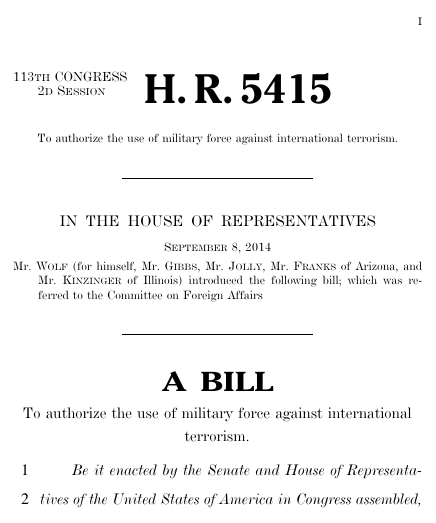 This bill was introduced on September 8, 2014, in a previous session of Congress, but it did not receive a vote.

Bills numbers restart every two years. That means there are other bills with the number H.R. 5415. This is the one from the 113th Congress.