To amend the International Religious Freedom Act of 1998 to improve the ability of the United States to protect religious freedom globally through enhanced diplomacy, training, counterterrorism, and foreign assistance efforts, and through stronger and more timely and flexible political responses to religious freedom violations worldwide, and for other purposes. 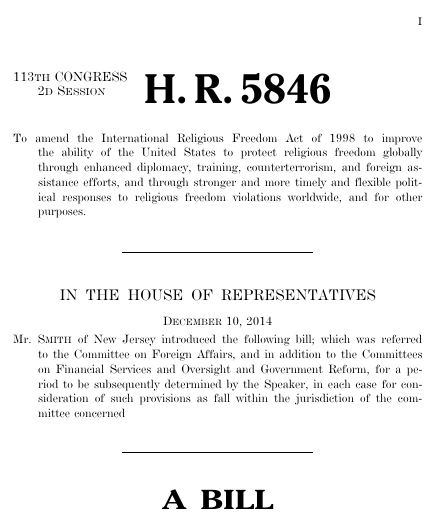 This bill was introduced on December 10, 2014, in a previous session of Congress, but it did not receive a vote.

Bills numbers restart every two years. That means there are other bills with the number H.R. 5846. This is the one from the 113th Congress.