To amend the Securities Exchange Act of 1934 and the Commodity Exchange Act to repeal the indemnification requirements for regulatory authorities to obtain access to swap data required to be provided by swaps entities under such Acts. 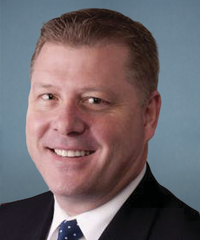 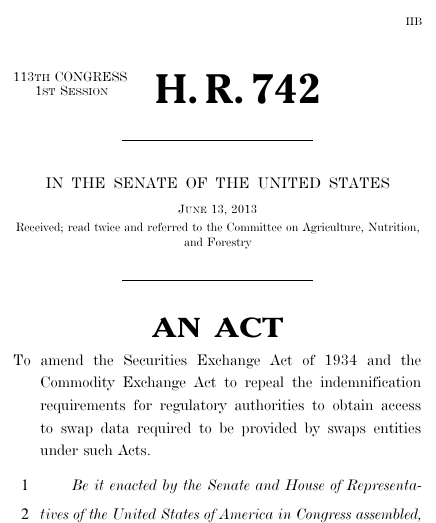 This bill was introduced in a previous session of Congress and was passed by the House on June 12, 2013 but was never passed by the Senate.

Bills numbers restart every two years. That means there are other bills with the number H.R. 742. This is the one from the 113th Congress.