H.Res. 189 (113th): Recognizing the significance of Asian/Pacific American Heritage Month in May as an important time to celebrate the significant contributions of Asian Americans and Pacific Islanders to the Nation’s history. 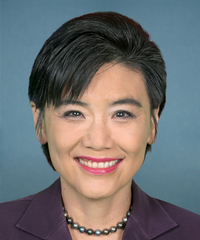 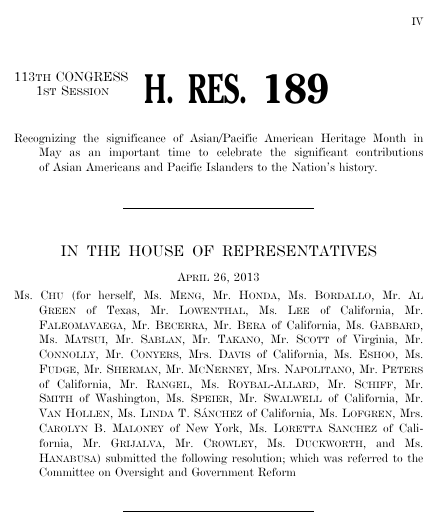 This resolution was introduced on April 26, 2013, in a previous session of Congress, but it did not receive a vote.

Resolutions numbers restart every two years. That means there are other resolutions with the number H.Res. 189. This is the one from the 113th Congress.

GovTrack.us. (2022). H.Res. 189 — 113th Congress: Recognizing the significance of Asian/Pacific American Heritage Month in May as an important time to …. Retrieved from https://www.govtrack.us/congress/bills/113/hres189

Recognizing the significance of Asian/Pacific American Heritage Month in May as an important time to celebrate the significant contributions of Asian Americans and Pacific Islanders to the Nation’s history, H.R. Res. 189, 113th Cong. (2013).