H.Res. 222 (113th): Recognizing the long-term partnership and friendship between the United States and the Hashemite Kingdom of Jordan, working together towards peace and security in the Middle East. 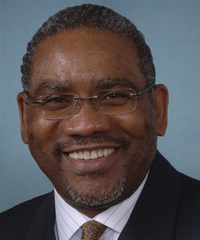 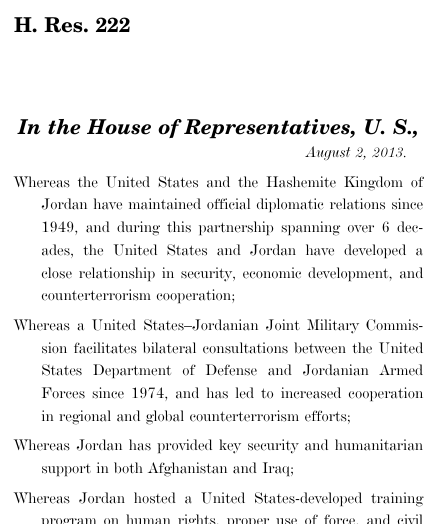 “Congressman Gregory W. Meeks' statement recognizing the friendship and partnership between the United States and the Hashemite Kingdom of Jordan”
— Rep. Gregory Meeks [D-NY5] (Sponsor) on May 20, 2013

Resolutions numbers restart every two years. That means there are other resolutions with the number H.Res. 222. This is the one from the 113th Congress.

GovTrack.us. (2022). H.Res. 222 — 113th Congress: Recognizing the long-term partnership and friendship between the United States and the Hashemite Kingdom of …. Retrieved from https://www.govtrack.us/congress/bills/113/hres222

Recognizing the long-term partnership and friendship between the United States and the Hashemite Kingdom of Jordan, working together towards peace and security in the Middle East, H.R. Res. 222, 113th Cong. (2013).