H.Res. 328 (113th): Condemning the discrimination, hate crimes, racism, bigotry, bullying, and brutal violence perpetrated against Sikh-Americans, and all acts of vandalism against Sikh Gurdwaras in the United States, and remembering the tragedy that occurred at the Sikh Gurdwara of Wisconsin one year ago. 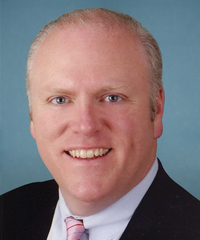 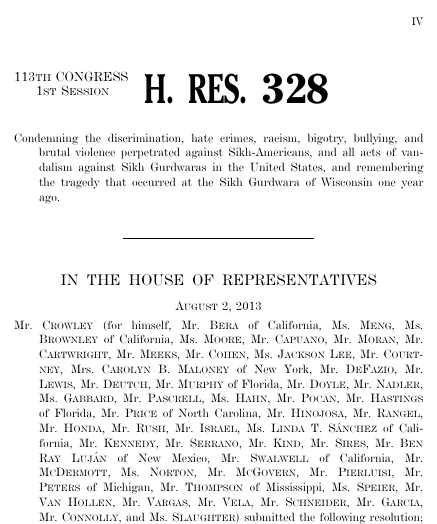 This resolution was introduced on August 2, 2013, in a previous session of Congress, but it did not receive a vote.

Resolutions numbers restart every two years. That means there are other resolutions with the number H.Res. 328. This is the one from the 113th Congress.

Condemning the discrimination, hate crimes, racism, bigotry, bullying, and brutal violence perpetrated against Sikh-Americans, and all acts of vandalism against Sikh Gurdwaras in the United States, and remembering the tragedy that occurred at the Sikh Gurdwara of Wisconsin one year ago, H.R. Res. 328, 113th Cong. (2013).