H.Res. 408 (113th): Expressing sincere condolences and support for assistance to the people of the Philippines and all those affected by the tragic Super Typhoon Haiyan (Yolanda) of November 8, 2013. 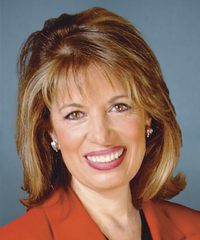 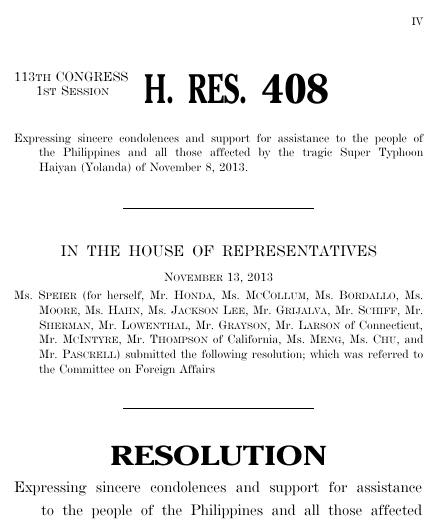 This resolution was introduced on November 13, 2013, in a previous session of Congress, but it did not receive a vote.

Resolutions numbers restart every two years. That means there are other resolutions with the number H.Res. 408. This is the one from the 113th Congress.

GovTrack.us. (2023). H.Res. 408 — 113th Congress: Expressing sincere condolences and support for assistance to the people of the Philippines and all …. Retrieved from https://www.govtrack.us/congress/bills/113/hres408

Expressing sincere condolences and support for assistance to the people of the Philippines and all those affected by the tragic Super Typhoon Haiyan (Yolanda) of November 8, 2013, H.R. Res. 408, 113th Cong. (2013).