H.Res. 418 (113th): Urging the Government of Burma to end the persecution of the Rohingya people and respect internationally recognized human rights for all ethnic and religious minority groups within Burma. 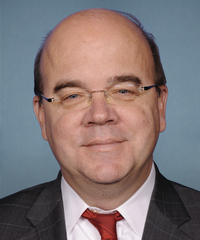 Resolutions numbers restart every two years. That means there are other resolutions with the number H.Res. 418. This is the one from the 113th Congress.

GovTrack.us. (2022). H.Res. 418 — 113th Congress: Urging the Government of Burma to end the persecution of the Rohingya people and respect …. Retrieved from https://www.govtrack.us/congress/bills/113/hres418

Urging the Government of Burma to end the persecution of the Rohingya people and respect internationally recognized human rights for all ethnic and religious minority groups within Burma, H.R. Res. 418, 113th Cong. (2013).