H.Res. 644 (113th): Condemning and disapproving of the failure of the Obama administration to comply with the lawful statutory requirement to notify Congress before transferring individuals detained at United States Naval Station, Guantanamo Bay, Cuba, and expressing concern about the national security risks over the transfer of five Taliban leaders and the repercussions of negotiating with terrorists. 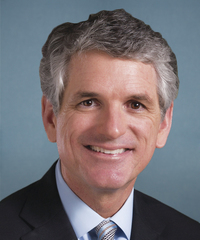 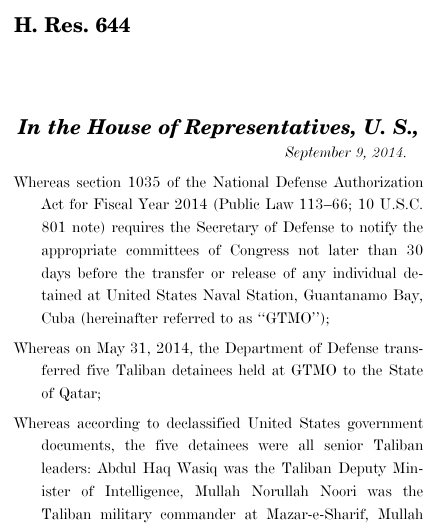 Resolutions numbers restart every two years. That means there are other resolutions with the number H.Res. 644. This is the one from the 113th Congress.

GovTrack.us. (2022). H.Res. 644 — 113th Congress: Condemning and disapproving of the failure of the Obama administration to comply with the lawful …. Retrieved from https://www.govtrack.us/congress/bills/113/hres644

Condemning and disapproving of the failure of the Obama administration to comply with the lawful statutory requirement to notify Congress before transferring individuals detained at United States Naval Station, Guantanamo Bay, Cuba, and expressing concern about the national security risks over the transfer of five Taliban leaders and the repercussions of negotiating with terrorists, H.R. Res. 644, 113th Cong. (2014).