A bill to establish more efficient and effective policies and processes for departments and agencies engaged in or providing support to, international conservation. 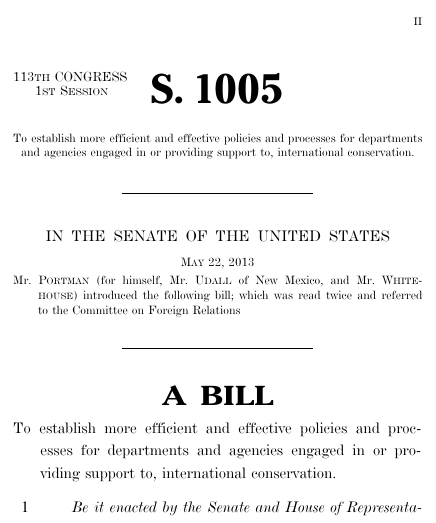 Bills numbers restart every two years. That means there are other bills with the number S. 1005. This is the one from the 113th Congress.