A bill to provide for the inclusion of Lease Sale 220 in the outer Continental Shelf leasing program for fiscal years 2012-2017, to revise the map for the Mid-Atlantic planning area, and for other purposes. 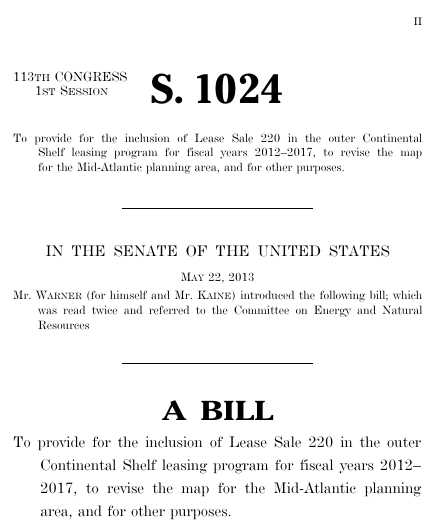 Bills numbers restart every two years. That means there are other bills with the number S. 1024. This is the one from the 113th Congress.