A bill to direct the Secretary of the Interior to install in the area of the World War II Memorial in the District of Columbia a suitable plaque or an inscription with the words that President Franklin D. Roosevelt prayed with the United States on D-Day, June 6, 1944. 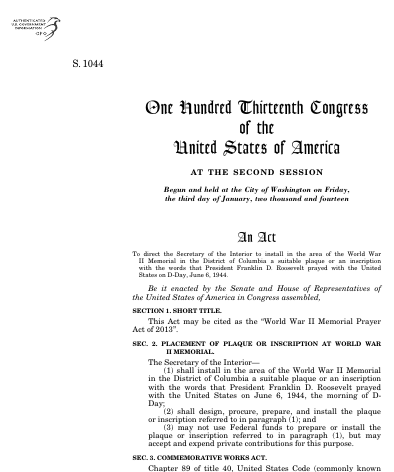 This bill was enacted after being signed by the President on June 30, 2014.

Bills numbers restart every two years. That means there are other bills with the number S. 1044. This is the one from the 113th Congress.