A bill to amend part E of title IV of the Social Security Act to better enable State child welfare agencies to prevent sex trafficking of children and serve the needs of children who are victims of sex trafficking, and for other purposes. 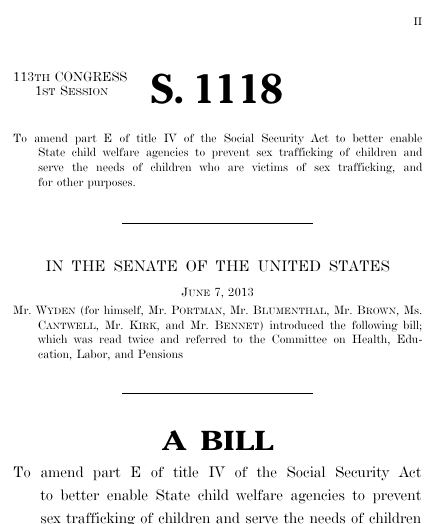 This bill was introduced on June 7, 2013, in a previous session of Congress, but it did not receive a vote.

Bills numbers restart every two years. That means there are other bills with the number S. 1118. This is the one from the 113th Congress.