A bill to clarify the orphan drug exception to the annual fee on branded prescription pharmaceutical manufacturers and importers. 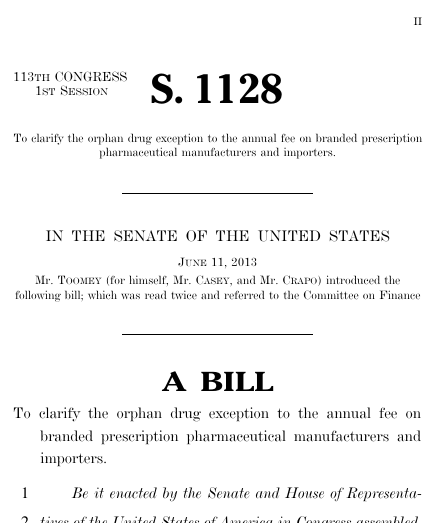 Bills numbers restart every two years. That means there are other bills with the number S. 1128. This is the one from the 113th Congress.