A bill to provide for the development of a fishery management plan for the Gulf of Mexico red snapper, and for other purposes. 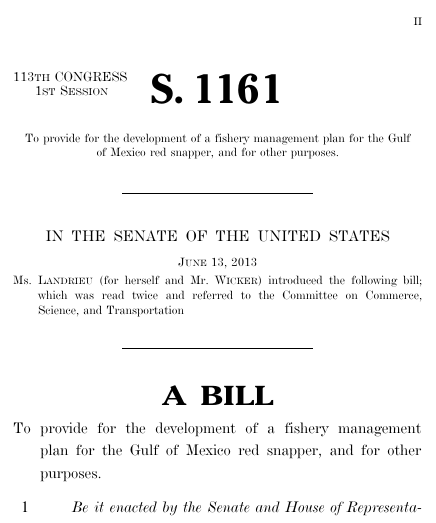 This bill was introduced on June 13, 2013, in a previous session of Congress, but was not enacted.