S. 1174 (113th): A bill to award a Congressional Gold Medal to the 65th Infantry Regiment, known as the Borinqueneers. 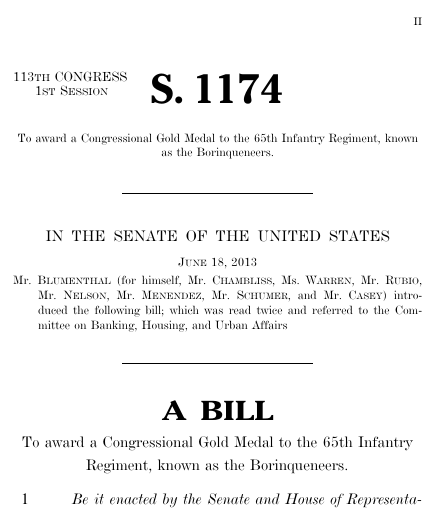