A bill to require Senate confirmation of Inspector General of the Bureau of Consumer Financial Protection, and for other purposes. 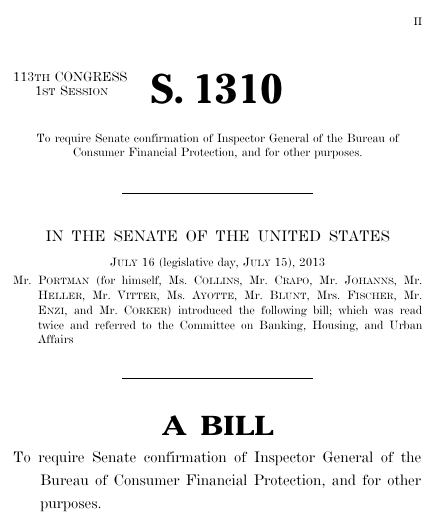 This bill was introduced on July 16, 2013, in a previous session of Congress, but was not enacted.