A bill to modify the Forest Service Recreation Residence Program as the program applies to units of the National Forest System derived from the public domain by implementing a simple, equitable, and predictable procedure for determining cabin user fees, and for other purposes. 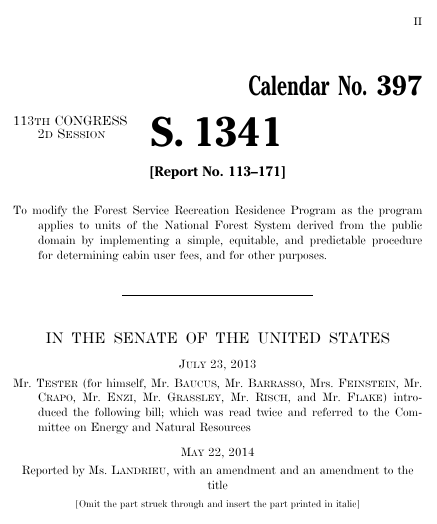 This bill was introduced on December 19, 2013, in a previous session of Congress, but it did not receive a vote.

Bills numbers restart every two years. That means there are other bills with the number S. 1341. This is the one from the 113th Congress.