S. 1391 (113th): A bill to amend the Age Discrimination in Employment Act of 1967 and other laws to clarify appropriate standards for Federal employment discrimination and retaliation claims, and for other purposes. 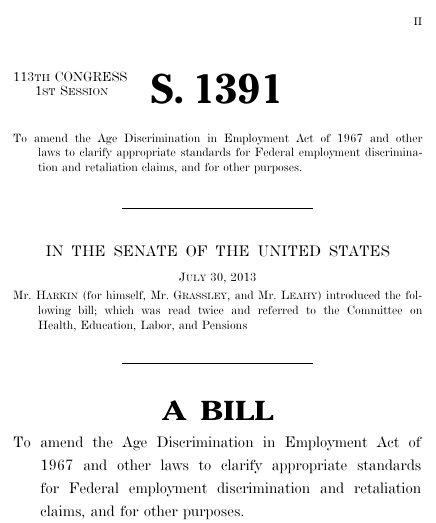 Bills numbers restart every two years. That means there are other bills with the number S. 1391. This is the one from the 113th Congress.

A bill to amend the Age Discrimination in Employment Act of 1967 and other laws to clarify appropriate standards for Federal employment discrimination and retaliation claims, and for other purposes, S. 1391, 113th Cong. (2013).