A bill to provide for environmental restoration activities and forest management activities in the Lake Tahoe Basin, to amend title 18, United States Code, to prohibit the importation or shipment of quagga mussels, and for other purposes. 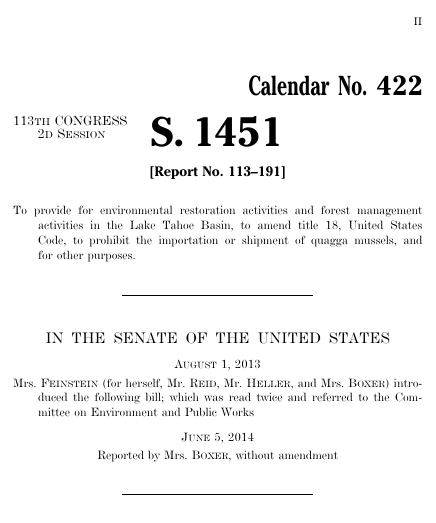 Bills numbers restart every two years. That means there are other bills with the number S. 1451. This is the one from the 113th Congress.