A bill to clarify the rights of Indians and Indian tribes on Indian lands the National Labor Relations Act. 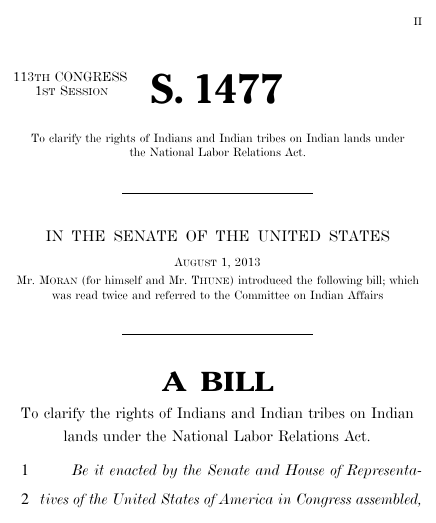 This bill was introduced on August 1, 2013, in a previous session of Congress, but was not enacted.