A bill to amend chapter 8 of title 5, United States Code, to provide that major rules of the executive branch shall have no force or effect unless a joint resolution of approval is enacted into law. 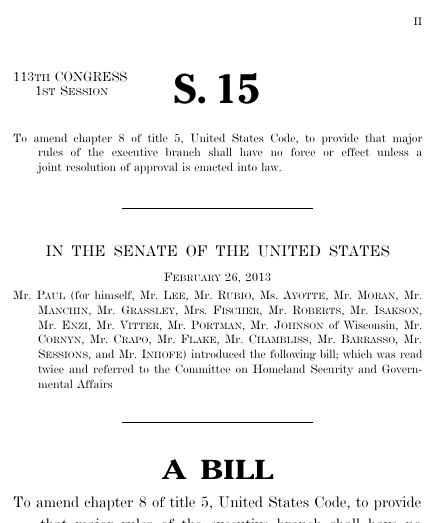 This bill was introduced on February 26, 2013, in a previous session of Congress, but was not enacted.