A bill to promote minimum State requirements for the prevention and treatment of concussions caused by participation in school sports, and for other purposes. 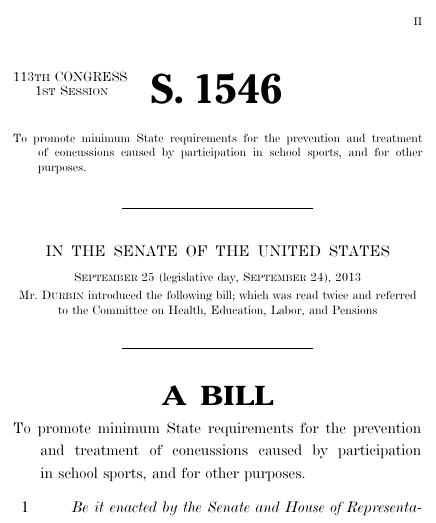 “Durbin: We Must Step Up Our Game To Protect Student Athletes From Concussion Risks”
— Sen. Richard Durbin [D-IL] (Sponsor) on May 28, 2014

“Durbin: We Must Step Up Our Game To Protect Student Athletes From Concussion Risks”
— Sen. Richard Durbin [D-IL] (Sponsor) on May 28, 2014

Bills numbers restart every two years. That means there are other bills with the number S. 1546. This is the one from the 113th Congress.