A bill to facilitate the reestablishment of domestic, critical mineral designation, assessment, production, manufacturing, recycling, analysis, forecasting, workforce, education, research, and international capabilities in the United States, and for other purposes. 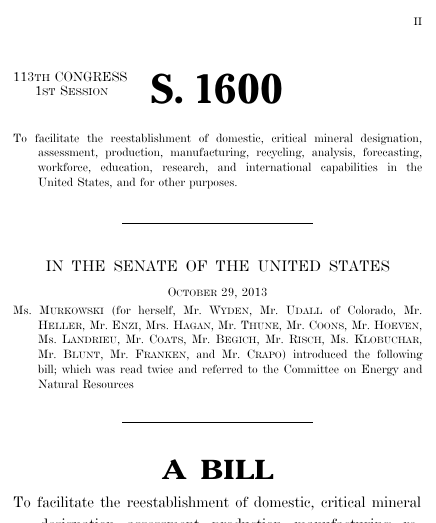 This bill was introduced on October 29, 2013, in a previous session of Congress, but was not enacted.