A bill to enhance the Office of Personnel Management background check system for the granting, denial, or revocation of security clearances or access to classified information of employees and contractors of the Federal Government. 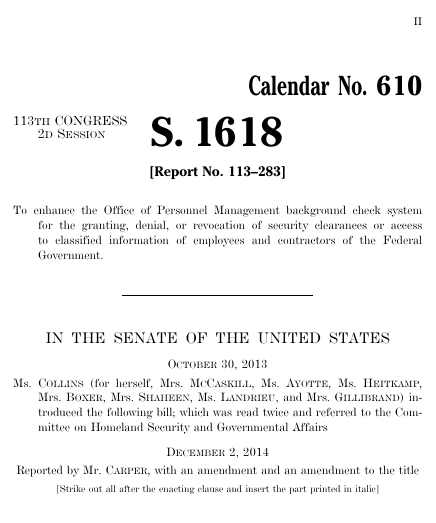 Bills numbers restart every two years. That means there are other bills with the number S. 1618. This is the one from the 113th Congress.