A bill to protect a women's right to determine whether and when to bear a child or end a pregnancy by limiting restrictions on the provision of abortion services. 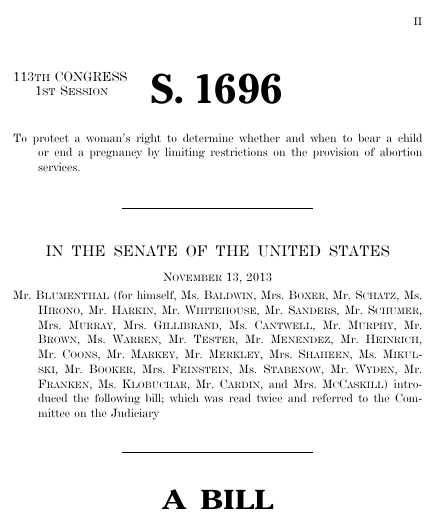 This bill was introduced on November 13, 2013, in a previous session of Congress, but was not enacted.