A bill to enhance public safety by improving the effectiveness and efficiency of the Federal prison system with offender risk and needs assessment, individual risk reduction incentives and rewards, and risk and recidivism reduction. 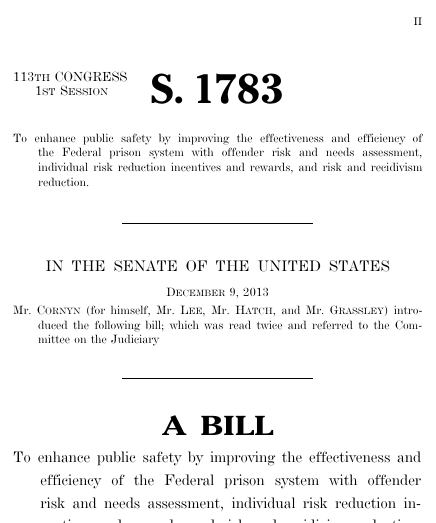 Bills numbers restart every two years. That means there are other bills with the number S. 1783. This is the one from the 113th Congress.