S. 1816 (113th): A bill to amend the Trademark Act of 1946 to provide for the registration of marks consisting of a flag, coat of arms, or other insignia of the United States, or any State or local government, and for other purposes. 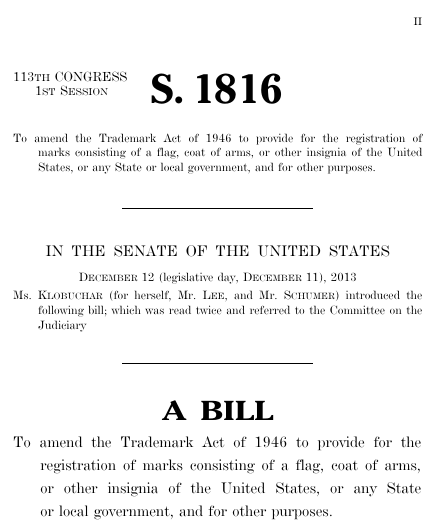 Bills numbers restart every two years. That means there are other bills with the number S. 1816. This is the one from the 113th Congress.

A bill to amend the Trademark Act of 1946 to provide for the registration of marks consisting of a flag, coat of arms, or other insignia of the United States, or any State or local government, and for other purposes, S. 1816, 113th Cong. (2013).