A bill to provide for the unencumbering of title to non-Federal land owned by the city of Anchorage, Alaska, for purposes of economic development by conveyance of the Federal reversion interest to the City. 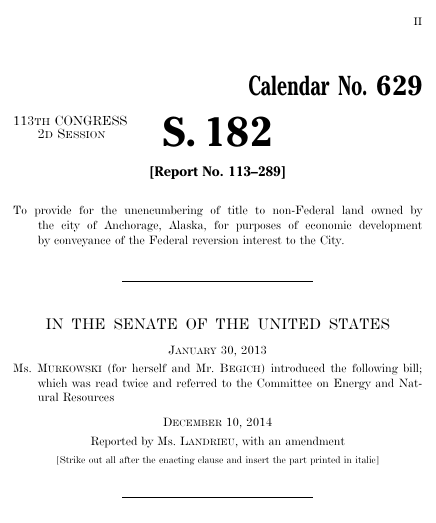 Bills numbers restart every two years. That means there are other bills with the number S. 182. This is the one from the 113th Congress.