A bill to require the Transportation Security Administration to implement best practices and improve transparency with regard to technology acquisition programs, and for other purposes. 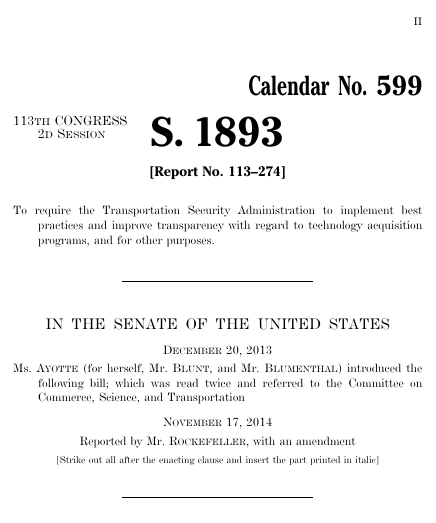 Bills numbers restart every two years. That means there are other bills with the number S. 1893. This is the one from the 113th Congress.