A bill to prevent and mitigate identity theft, to ensure privacy, to provide notice of security breaches, and to enhance criminal penalties, law enforcement assistance, and other protections against security breaches, fraudulent access, and misuse of personally identifiable information. 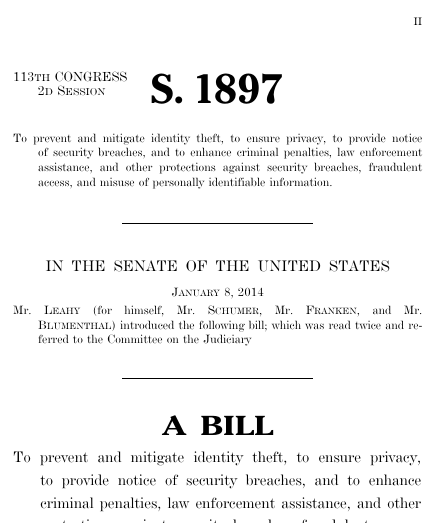 This bill was introduced on January 8, 2014, in a previous session of Congress, but it did not receive a vote.

Bills numbers restart every two years. That means there are other bills with the number S. 1897. This is the one from the 113th Congress.