A bill to award a Congressional Gold Medal to Pat Summitt, in recognition of her remarkable career as an unparalleled figure in women's team sports, and for her courage in speaking out openly and courageously about her battle with Alzheimer's. 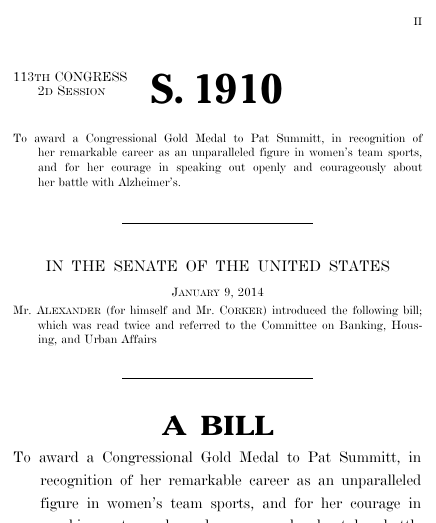 This bill was introduced on January 9, 2014, in a previous session of Congress, but it did not receive a vote.

Bills numbers restart every two years. That means there are other bills with the number S. 1910. This is the one from the 113th Congress.