A bill to amend the Public Health Service Act to revise and extend projects relating to children and violence to provide access to school-based comprehensive mental health programs. 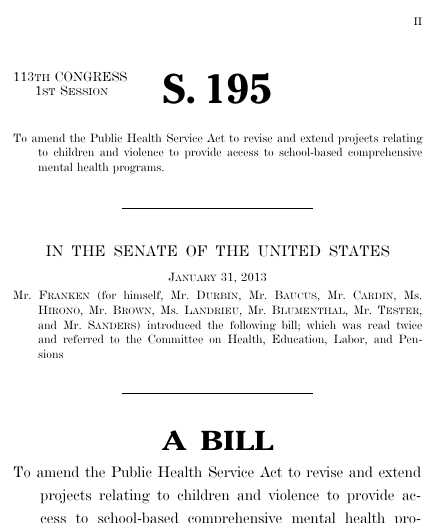 This bill was introduced on January 31, 2013, in a previous session of Congress, but it did not receive a vote.

“President Obama has more judicial nominees confirmed in first 5 months of 5th year of Presidency than President Bush did in the entire 5th year of his presidency”
— Sen. Charles “Chuck” Grassley [R-IA] on Jun 13, 2013

Bills numbers restart every two years. That means there are other bills with the number S. 195. This is the one from the 113th Congress.