A bill to allow States to let Federal funds for the education of disadvantaged children follow low-income children to the accredited or otherwise State-approved public school, private school, or supplemental educational services program they attend. 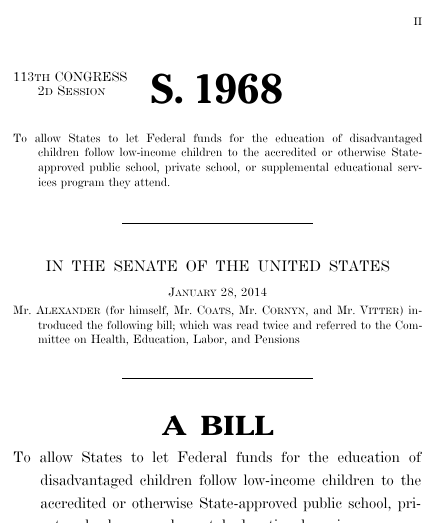 Bills numbers restart every two years. That means there are other bills with the number S. 1968. This is the one from the 113th Congress.