A bill to require that textile and apparel articles acquired for use by executive agencies be manufactured from articles, materials, or supplies entirely grown, produced, or manufactured in the United States. 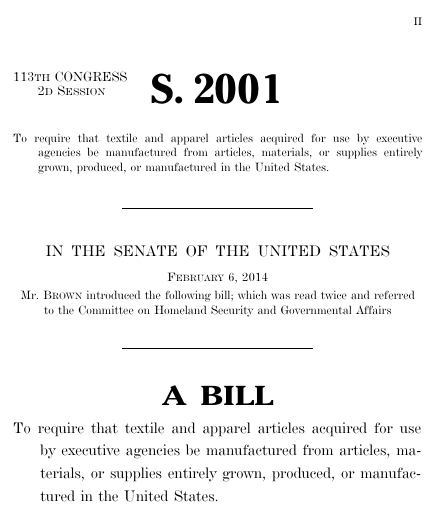 Bills numbers restart every two years. That means there are other bills with the number S. 2001. This is the one from the 113th Congress.