S. 201 (113th): A bill to prohibit the sale, lease, transfer, retransfer, or delivery of F-16 aircraft, M1 tanks, or certain other defense articles or services to the Government of Egypt. 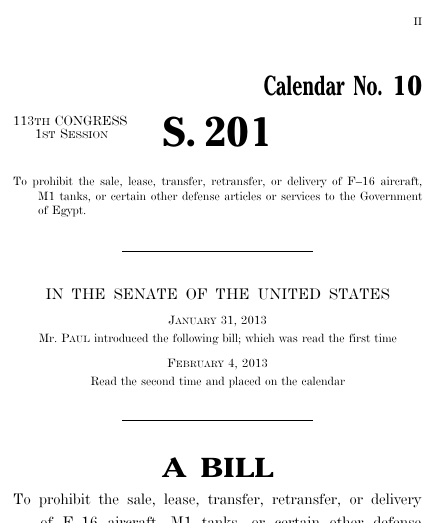 Bills numbers restart every two years. That means there are other bills with the number S. 201. This is the one from the 113th Congress.

A bill to prohibit the sale, lease, transfer, retransfer, or delivery of F-16 aircraft, M1 tanks, or certain other defense articles or services to the Government of Egypt, S. 201, 113th Cong. (2013).